Me and my men!

I used to refer to them as my boys, but really, they are grown men so I figured it was time to change the label.

The men to which I refer are Mike and Andy. Two of my dear friends who are also my film partners. Mike and I go way back, since he was a teenager and a friend of my younger brother, and Andy came in to the picture about five years ago.

The three of us starting making films together when we were all green and brand-new to film-making. I had just won a screenwriting fellowship with my first solo script, Mike had just graduated from Vancouver Film School and Andy was a year out of the cinematography program at Capilano College.

One drunken New Year's Eve, Mike and I decided that we should make a film noir together. I would write it, he would produce and finance it and Andy would shoot it.

Thus, a partnership was born.

'Course, that first project slammed to a halt before production due to grevious ignorance on (mostly) my part.

But the next project followed within a few weeks with all of us a little wiser. Not much, mind you, but a little. Enough to actually go into production on a short film.

But we got through it. And we learned. More importantly, we learned to think on our feet while in a pressure cooker!  Truthfully, watching that film now,  I can easily pick out all sorts of things wrong with it, but I'm still proud of it nonetheless. For knowing diddly-squat back then, I think we did a decent job and it does have great production value!

We started out together with nothing but passion and the determination to succeed. None of us are where we want to be yet, but when the time is right and we've all worked hard enough, it'll come.

Me and Mike (far right) at our office party this past Saturday. 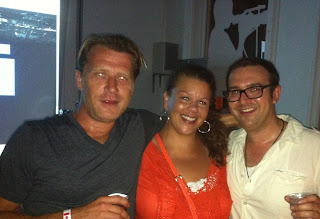 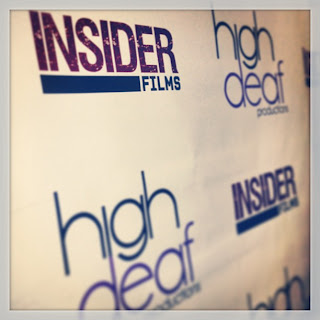 Me and Andy, taken at our last office party two months ago.
(is it just me, or do we throw a lot of parties... heh, heh) 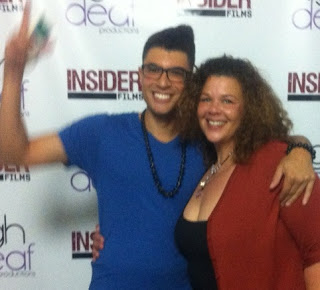 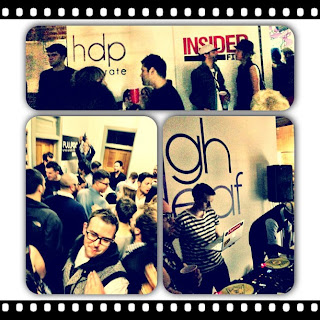 I can't wait to see where the future takes all of us, both individually and as a group!

Live your dreams, people. You only get once chance at this life so don't waste it.