When you say it like that, doesn't it sound unappetizing?

Street food, as in food trucks/carts that serve up yummy delights, are the rage in Vancouver these days. Go downtown and you'll see them everywhere, usually with a line-up, especially if it is lunchtime.

Last year, the city decided to "celebrate" our love for food carts and put together a Food Cart Festival. It was such a hit, it's now going to be an annual event.

It runs every Sunday for the duration of the summer and I encourage you to check it out! Be prepared to battle the heat, though. Although the food was delicious, the venue sucks. It's by the Cambie Street bridge, across from Olympic Village, right in the middle of the concrete jungle, in a parking lot, with no shade in sight.

Last Sunday, I went with my daughter and Melissa and we (along with everyone else) roasted!

That black asphalt soaks up the heat and blasts you from the bottom while the sun overhead pounds you from the top. I haven't seen so many sunburns in a long time! Vancouver is a coastal city and we have dozens of beaches with large parking lots. Beaches equal breeze off the water. If I was an organizer, I'd have chosen one of those locations. 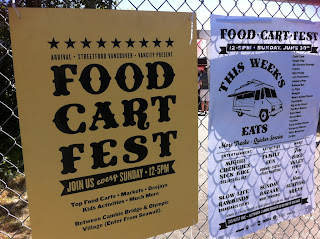 Anyway, we all decided to order something from a different cart and play a round of sharsies.

This is what we sampled:


Melissa's is a yam taco and mine is a fish taco. 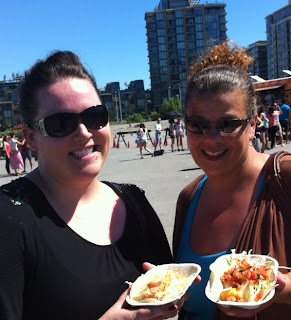 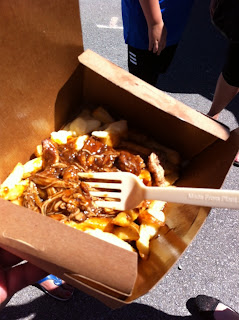 Dougie Dog European wiener with macaroni and cheese and a butterscotch root beer. 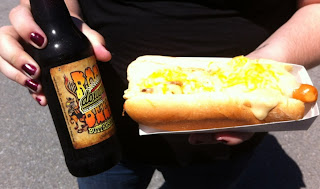 West Indian curried vegetables, plantain slices and a ginger lemonade.
(not pictured, I drank it too fast!) 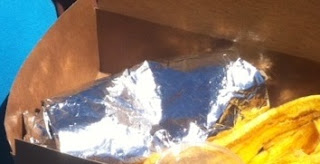 Also not pictured was meat on a stick.

This weekend we were feeling like partaking in some more street food, but instead of the Food Cart Festival, we went out to the Richmond Night Market where we were joined by another friend. The market also has good eats and this year's theme is rubber duckies.


I've always had a dream of sitting on a duck throne ... and yes, fulfilling the wish was everything I imagined and more! 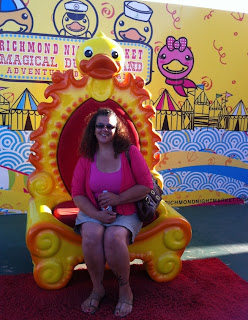 Again, we all played a round of sharsies, except I didn't partake. I ate way too much last weekend so I'll wait a couple of weeks before I play again.

Not pictured is my BBQ tofu, which I find delicious, by the way. All three of my "dates" tried it, two said it was edible if they were starving, and one gagged and spat it out.

Ah, well. I didn't have to share that much of it!

(I do admit to trying one small bite of the treat pictured below. Then I walked away, far away, over to the vendors and bought some trinkets. I didn't come back until the box was empty) 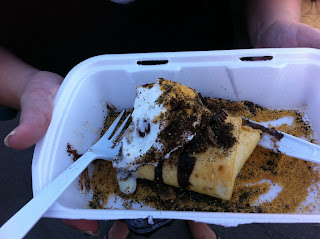 Curly potatoes, one sour cream and onion, one cheddar cheese, grilled on a rotisserie. 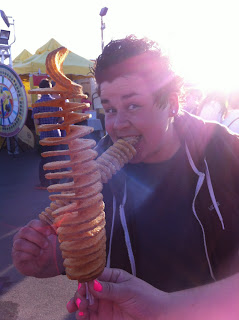 As much as I enjoyed the Food Cart Festival, I do choose the Richmond Night Market. The food at both places is equally good but the night market gets the edge because it's near the river and no matter how hot it is outside, the breeze is glorious!

Plus, it's more like a fair, as opposed to just food. They have dozens and dozens of vendors selling everything from electronic and cell phone accessories through to clothes for your animals. Don't expect the brand names to be real, though. Everything like that is a knock-off.

One small word of caution:

Other than sweets, pretty much everything you eat there is served either with or on bamboo skewers. Not chopsticks, but sharp pointy skewers you BBQ with.  The place is always full and I have visions of people running around and in their haste, someone gets poked and not in a good way. Just be aware of where you point your "tool".

This was the first time I've attended the night market before dark and the only difference I noted was that although it was still just as busy, there were a lot of families with children present. After dark, it's more of a party atmosphere with neon lights and louder music, not so many families. Decide what mood you are in and attend accordingly.

Both festivals cost $2.00 to enter with the proceeds going to charity but at the Food Cart Festival if you are a VanCity member, you get in for free, just show your bankcard. At the Richmond Night Market, you can purchase a 7 visit punch-pass for $10.00 that is transferable, valid until the end of the summer and lets you bypass the long entry lines.


Me and my dear child, at the end of a beautiful day, just before dusk! 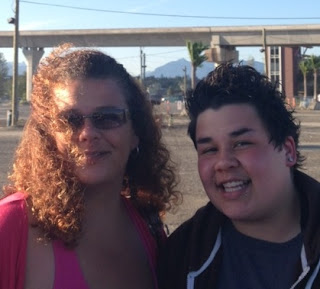 And now that I'm back in Vancouver full-time, I'll post here a little more often.